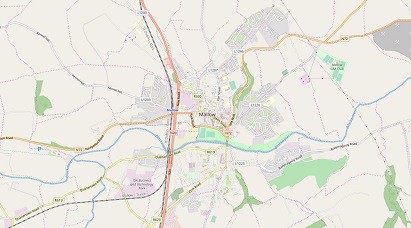 Cork County Council and Transport Infrastructure Ireland have been investigating options for the alleviation of traffic congestion in Mallow Town Centre and its approach roads. Previous schemes have been considered that include relief road route options to accommodate traffic flows on the national road network around Mallow, i.e. traffic travelling between the N72 Mallow-Killarney route to the west, the N72 Mallow-Fermoy-Dungarvan route to the east and the N73 Mallow-Mitchelstown to the northeast. The over-arching objective of a potential Mallow Northern Relief Road would be to free up the town centre road network for access and local traffic, whilst enabling this longer distance east-west national road traffic to travel along a more efficient bypass route around the town.

The N72/N73 Mallow Northern Relief Road is mentioned in the National Development Plan under National Strategic Outcome 2 – Enhanced Regional Accessibility.  This designation for National Strategic Outcome 2 comes directly from Project Ireland 2040 – National Planning Framework.  On the issue of Regional Development, Project Ireland 2040 refers to regional development as being an “essential cog for translating and delivering national policy at a local scale.”

In November 2019, a contract for the design preparation of the N72/N73 Relief Road for Mallow was signed by Cork County Council Divisional Manager James Fogarty with Barry Transportation Ltd. This signing marks the commencement of the concept and feasibility phase of the planning and design.

An Irish firm of engineering consultants specialising in the development of road infrastructure, Barry Transportation Ltd, have been appointed as Technical Advisors for the preparation of the design and associated environmental reports for the Scheme. The firm will provide all engineering, environmental, economic and appraisal services required to deliver the project through the planning and design phases.

The Study Area for the N72/N73 Mallow Relief Road has been identified as shown in the drawing below. The Study Area is defined as the geographical area identified as being potentially suitable for, and influenced by, the development of a Project which should be large enough to encompass all Feasible Route Options and zones of influence. The extent may be amended (increased/reduced) as studies proceed and additional information becomes available.

The drawing can be downloaded here.