Tales of Archaeological Discovery along the N73 in North County Cork

HomeNewsNewsTales of Archaeological Discovery along the N73 in North County Cork 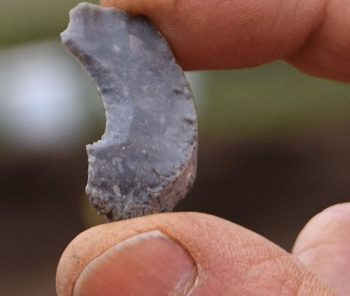 Tales of Archaeological Discovery along the N73 in North County Cork

As part of Heritage Week 2020, TII and Cork County Council have published an online Story Map that tells the story of the archaeological discoveries made along the routes of two proposed minor realignments of the N73 road, between Mallow and Mitchelstown in North Cork.

Discoveries include the foundation of a suspected Neolithic house dating to c. 3,700 BC (likely the home of a family belonging to one of the earliest farming communities to have settled in this part of Ireland), a possible ritual deposition site from roughly the same era and both settlement and burial evidence from the Bronze Age. The burial evidence took the form of a barrow cemetery, nestled by the banks of a meandering stream, and overlooked by the settlement on higher ground to the west. Later sites included a possible late medieval enclosure and the remains of a smithy with evidence of up to two hundred years of use.

The online Story Map can be viewed at http://arcg.is/1yvzbW and is part of a suite of Story Maps prepared under the auspices of TII, available for viewing at www.tii.ie/technical-services/archaeology/storymaps/

The archaeological services for the investigation were provided by TVAS (Ireland).